Dr. Veronica Vijil began her tenure as Superintendent of Schools for the Fabens Independent School District in February 2019.

Prior to her current role, Dr. Vijil was Canutillo ISD’s Associate Superintendent. She has worked in education for over 30 years. Vijil began her career as a teacher for the Ysleta Independent School District. After her time there, she and her husband relocated to Indianapolis, IN where she continued to teach English Language Arts. Another relocation took her family to Spring, TX where she worked for Spring ISD for 19 years as a science teacher, assistant principal, principal, and executive director. Vijil says that she stays grounded by teaching for Sam Houston State University as an adjunct professor.

Vijil believes that being the Superintendent of Fabens ISD is a continuation of her obligation to utilize the gifts that have been bestowed upon her. Being the first Latina Superintendent of Fabens ISD is truly a dream come true for her. She remains committed to mentoring students, supporting teachers, reaching out to the community, and building a strong rapport with the Board of Trustees.

Veronica and John Vijil have been married for over 30 years, have two married daughters, Anna Alyssa and Camille, and are the very proud grandparents of Brianna and Arnoldo IV.  Dr. “V” enjoys music, games, and sports and is an avid Houston Astros fan. She has a positive disposition and seeks to lead by example. 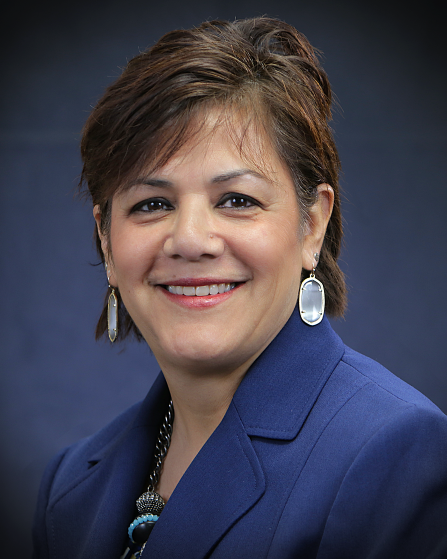